How we created the New York Proton Center brand from the ground up and launched the fastest-growing proton center in history. 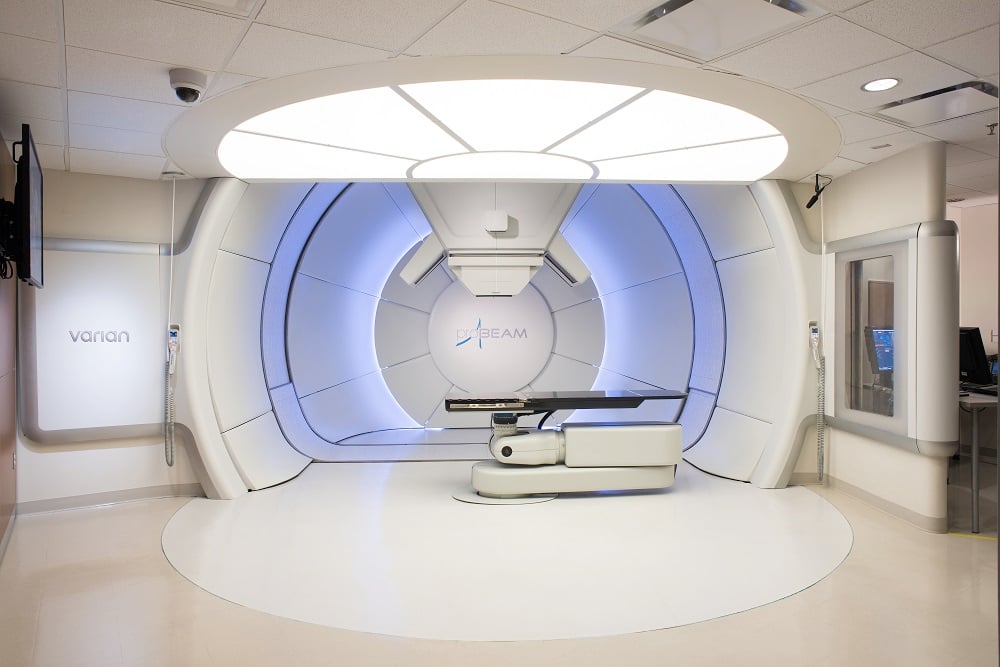 Proton therapy is an advanced form of radiation treatment that can precisely target tumors without the unwanted side effects. But, at the New York Proton Center, it’s not just about the fight against cancer. This modern new facility in the heart of New York needed a brand that would support its mission to provide patients a future after cancer.

Talking to patients, we learned that they were far less interested in the complex science behind the technology and far more interested in what it would do for their lives. This ran counter to the way that each of the thirty-one other proton centers in the U.S. messaged their audience.

Patients were amazed that their lives continued to move forward even during the peak of proton therapy treatments. The side effects were minimal and they lived their lives much the same way they did before their cancer.

It boiled down to this: NYPC wants patients and families to be defined by their lives, not their cancer – to continue their lives without pause during and after treatment.

The brand look and feel

Far from technically-focused, the logo mark and entire identity was designed to connect to the uplifting and optimistic way in which patients could live their their lives.

A 2:00 story that connects with patients and researchers alike.

Every aspect of the site was designed to meet the patient where they were. Patients told us they wanted to hear uplifting stories about other patient experiences. They were surprisingly uninterested in the amazingly complex technology behind that makes proton therapy possible. 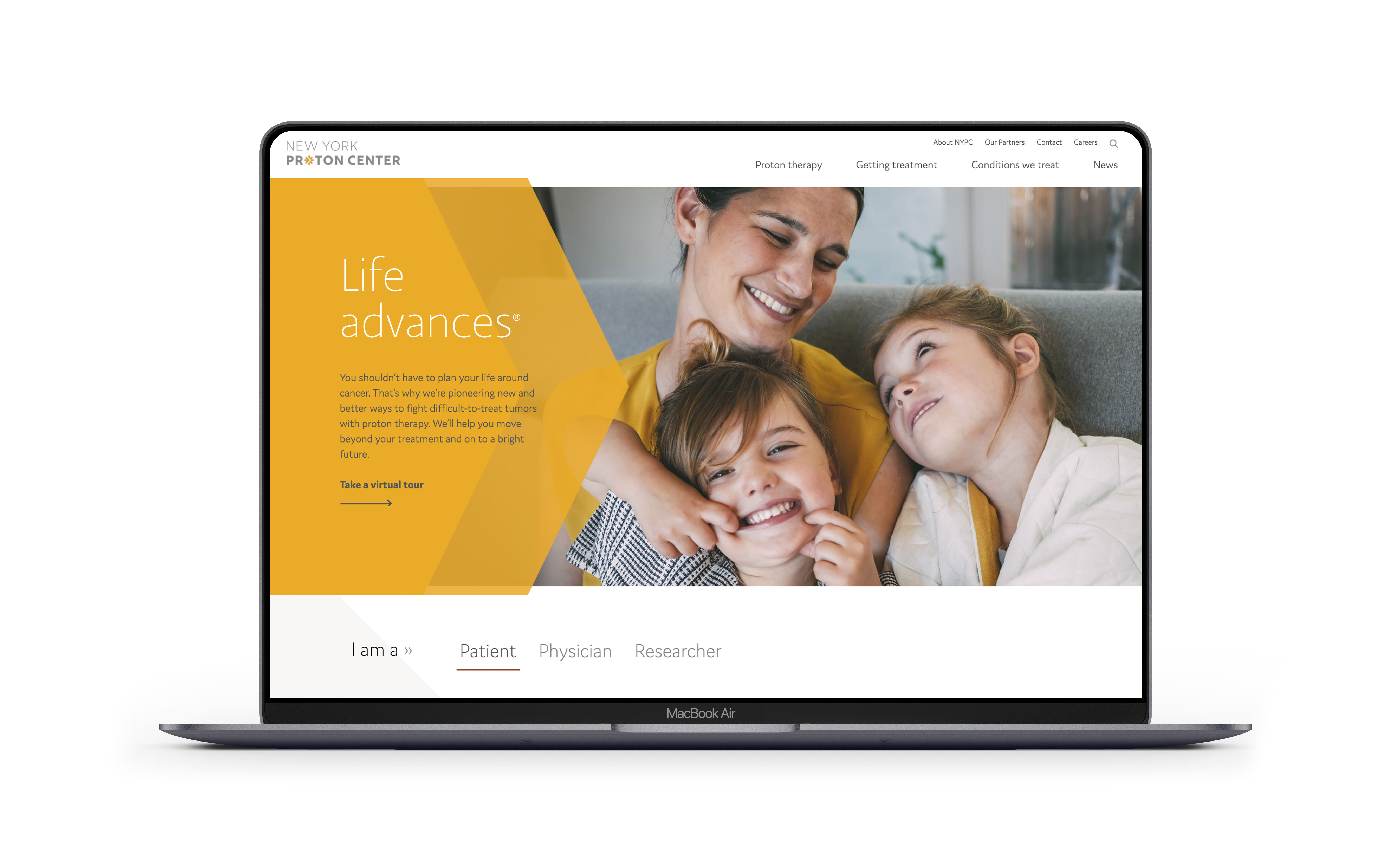 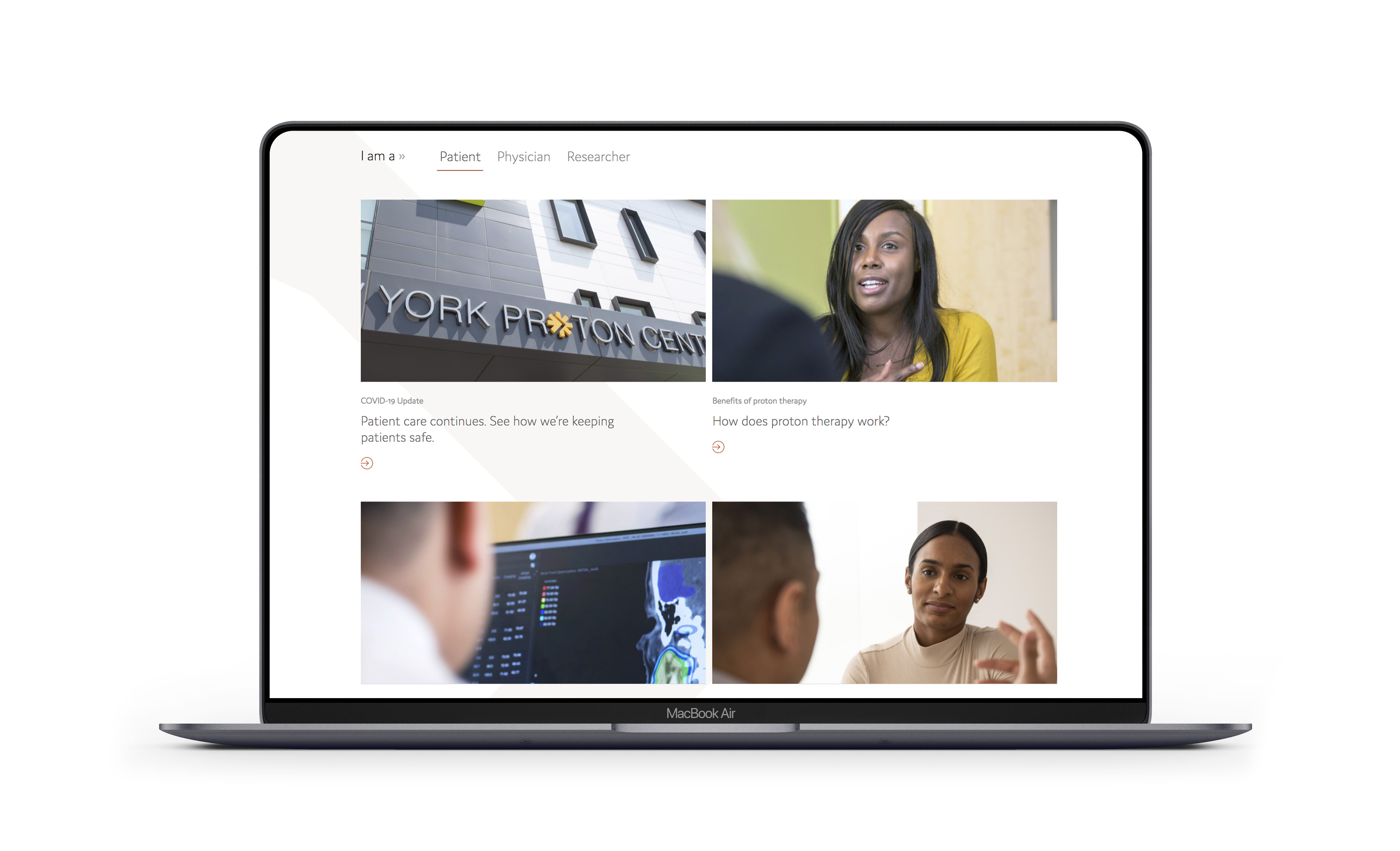 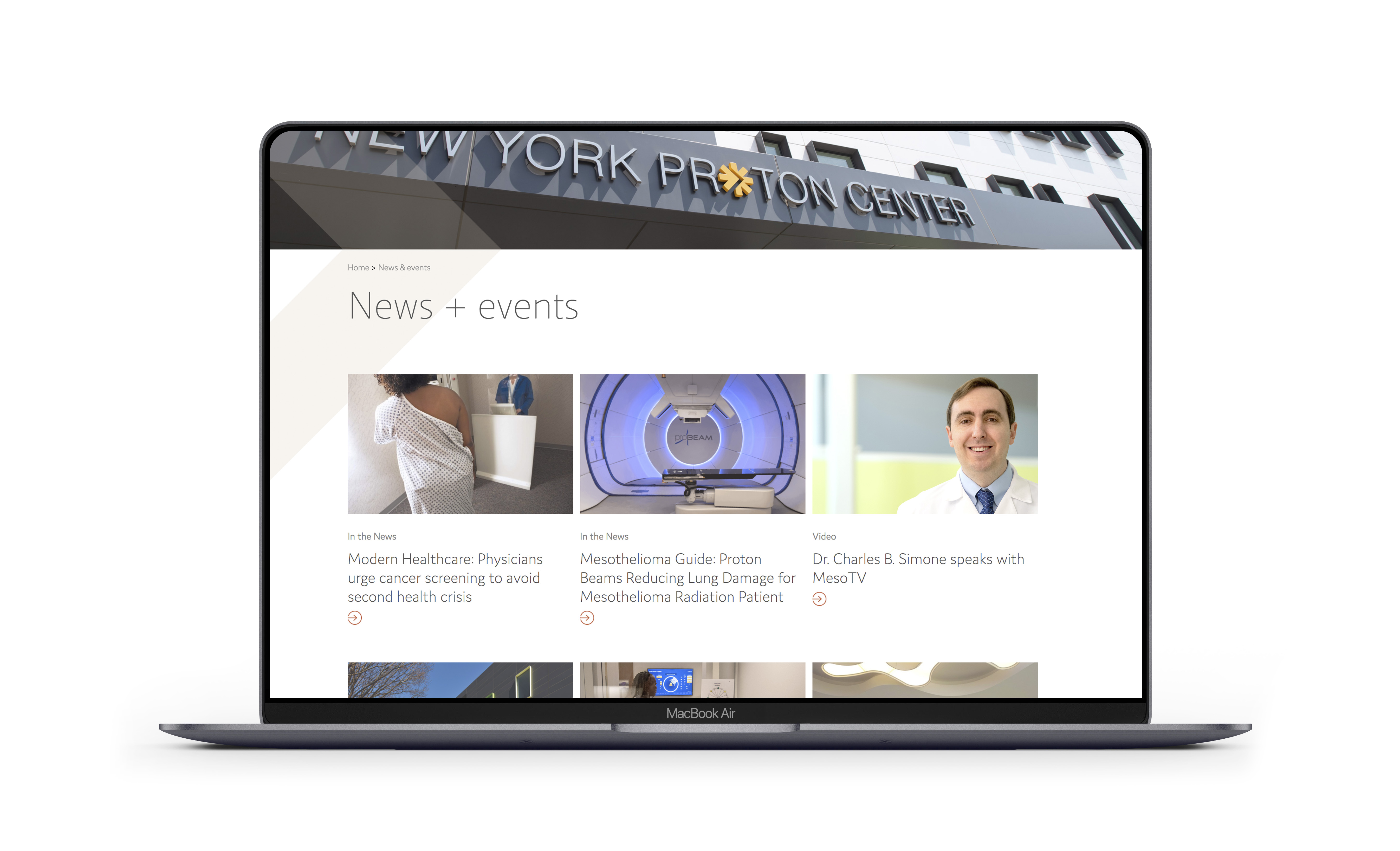 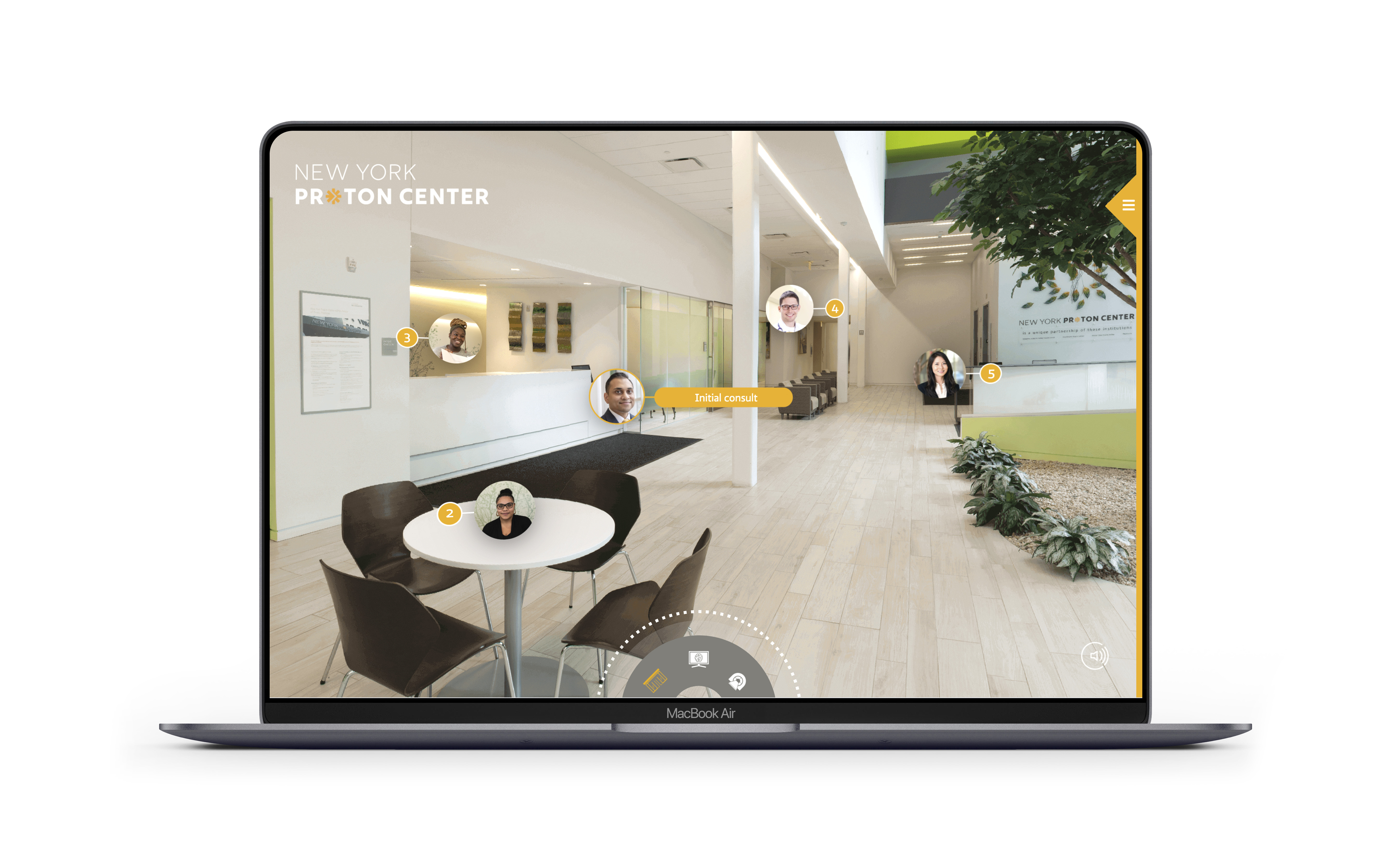 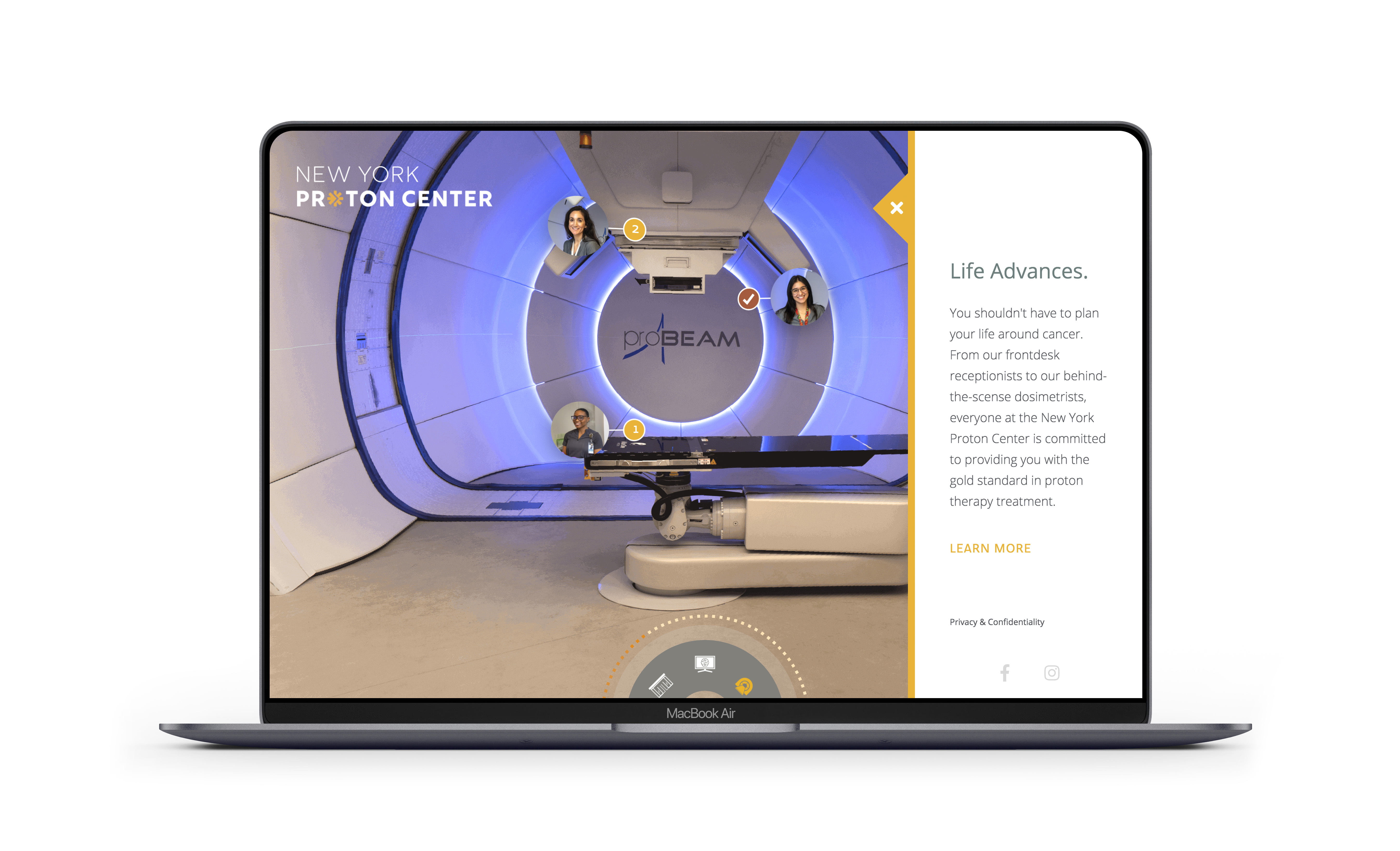 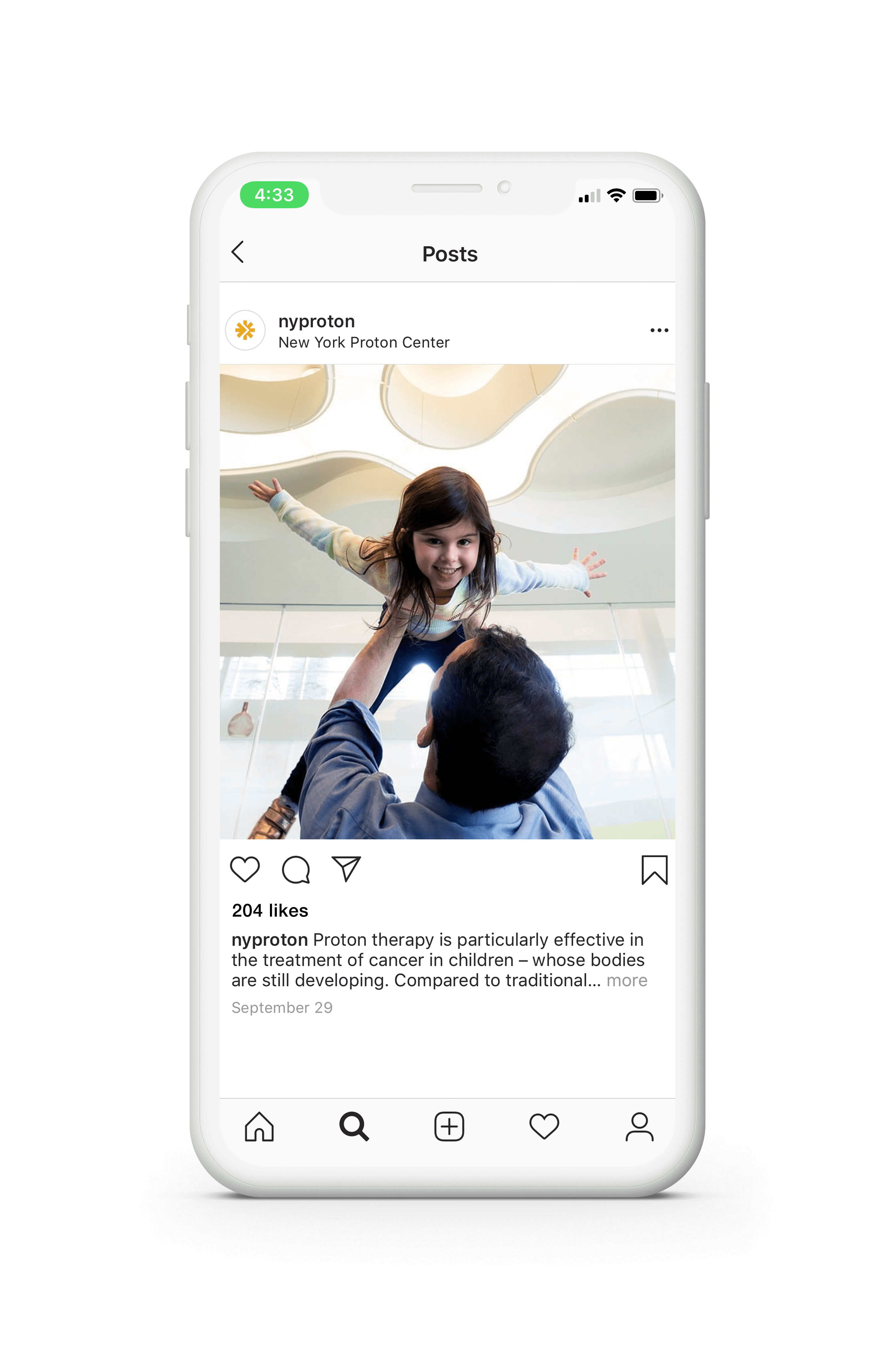 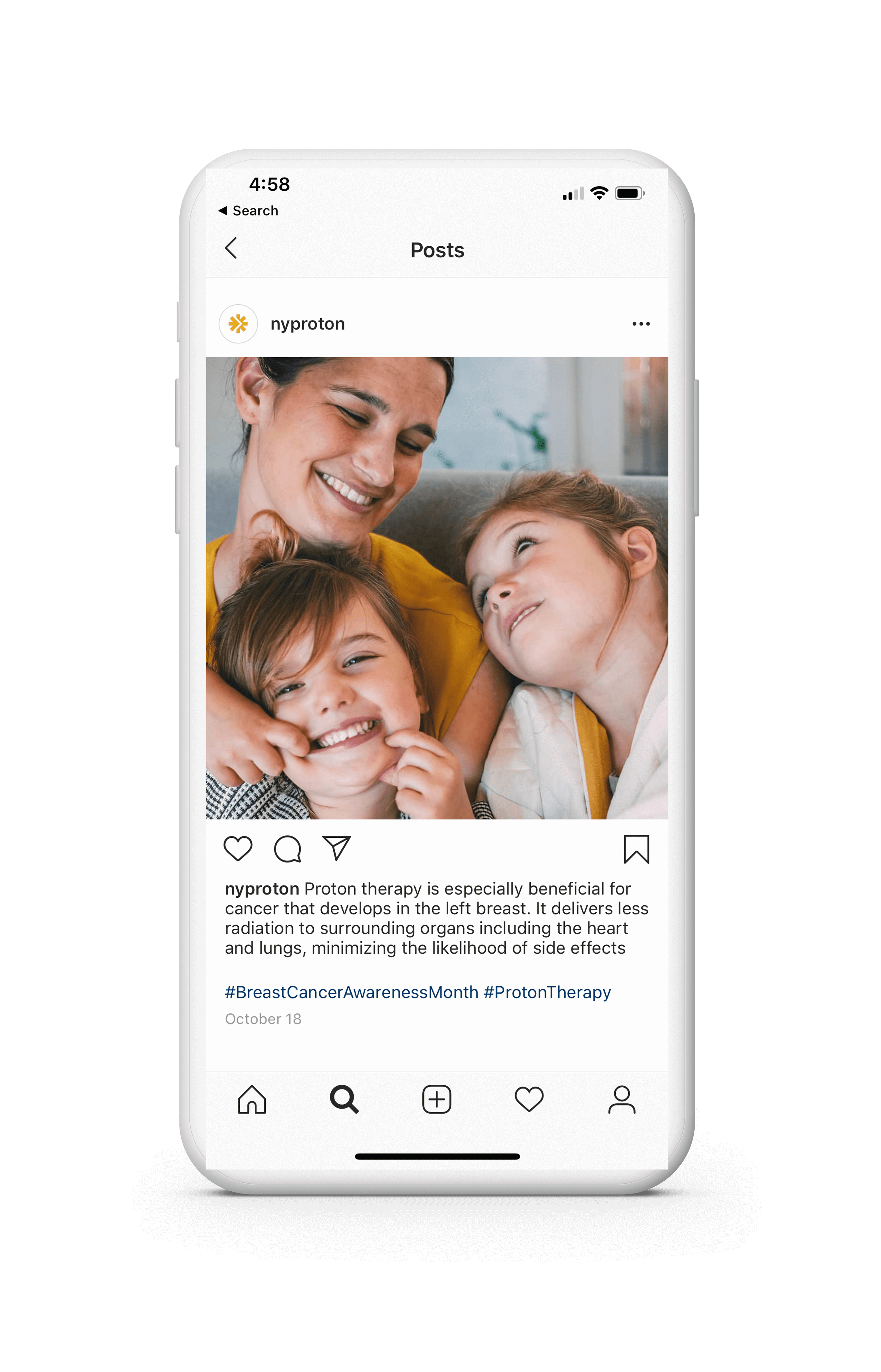 White Rhino is a brand experience design firm specializing in building trust between consumers and brands in healthcare and B2B. We build micro-moments of trust across the customer journey by applying principles based on the intersection of marketing, psychology and neuroscience.